I love exploring, understanding and improving cities and believe I have the best job in the world.

As such it makes sense that my main hobby is travel; I’m always dreaming, planning and enjoying adventures as I strive to learn and inspire myself. I have a reputation for getting killer flight deals, amazing digs and unique experiences and enjoy helping good people plan great experiences.

A such I’m regularly asked what my favourite city is, so I thought I ‘d kick off my regular blogging with my “top 5”, “special mentions” and “to do” list. I hope this inspires you to explore the cities of the world...

Varanasi is a city on the banks of the Ganges in India and the holiest citiy in Hinduism and Jainism. It also played a very important role in the development of Buddhism as Buddha is believed to have founded the religion nearby around 528 BCE when he gave his first sermon.

According to some, it is the longest continually inhabited place in the world still in existence today; it oozes spirituality and adventure and echoes ancient life otherwise impossible to imagine.

Famous for its silk fabrics, perfumes, ivory works, and sculpture, it has been a highly important cultural centre of North India for several thousand years. It’s history, indeed its essence, is intricately entwined with the Ganges because Hindus believe that death in the city will bring salvation, making it a major centre for pilgrimage. Its embankments, made of stone steps along the river bank (called ghats), are where pilgrims perform many rituals; there are very few more amazing experiences to be had than to observe daily life and rituals performed all day every day.

Varanasi is simply one of those places you have to see if you consider yourself a traveller, adventurer and seeker of magical places.

New York stirs everyone; it has inspired many emotions, songs, hopes and dreams and defines what a city can be to the human psyche. It truly is the “all American” version of a great European city where the footpaths team with life and multiple villages define their own unique style to add up to a wonderfully diverse city with exploring for weeks.

Its breaks all the rules of American urbanism, where the car is king and people are gloomily disconnected from their own community and the place they call home. More than half of all New Yorkers don’t own a car and now Broadway has been reclaimed by pedestrians, resulting in Times Square being overrun by tables, chairs and people. It’s great!

I’d like to suggest the city is experiencing a renaissance, but in reality the city is the epitome of urban evolution. Don’t go once, instead go every few years and embrace the great urban dream. With any luck it will make your dreams come true too!

Tokyo is a place that has to be seen to believed; its big…really big. In fact, it is the most populous place on the planet made up of almost endless unique places that specialise in things like old and new computer games, amazing (and questionable) anime, ancient temples, palaces and spectacular new architecture. Its impossible not to like Tokyo, because that would suggest you simply don’t know what you are looking for – it has EVERYTHING!

It’s a city of multiple layers, figuratively and literally. Skyscrapers and roads nearly always tower above you while deep beneath the footpath the seemingly endless layers of the most complex rail system in the world move millions every day.

People watching in Shibuya, Harajuku, Yoyogi Park and Akihabara is like drinking humanity from a straw and then there’s the maid cafes, robot restaurant and endless line of vending machines.

Make sure your smart and brave enough to research the food and try your luck living like a local, you won’t be disappointed! Tokyo is the experience that makes you dream of returning for an experience that, in reality, be nothing like the last one. It’s THE jaw dropping urban experience.

I’m intoxicated by Melbourne. It’s got a healthy serve of Europe and a dash of New York but still proudly and delightfully Australian. It does sport, culture, architecture and laneways in a way that every other city in Australia, indeed the world, deeply envies.

It’s the world most liveable city, has great transport choices, a street art culture wonderfully out of control and a groovy community more focused on being themselves than trying to be something they are not.

I love walking along Swanston Street in the heart of the city. Gone are the noisy cars, replaced by busy bike lanes and the comforting sounds of birds singing and the soothing sounds of the tram’s electric engines. The streets are always full of people of all types as they move from the thriving cultural South Bank and the stunning Flinders Street Station to homes and offices scattered around a grid that appears to offer the perfect mix of land uses.

Sorry Sydney, you might have a bridge, Opera House and Harbour but Melbourne has a grit, style and determination that, in my mind at least, leaves you for dead.

Adelaide is often underestimated but genuinely unique; a modern social experiment to balance “land, capital and labour”. It’s the only part of Australia where no convicts settled and I think it shows!

Its exceptional and thoughtful design is studied in urban planning classes globally and, in part, the reason its listed as the 5th most liveable city according to the Economist. It’s also in the top 5 cleanest list and world renown for arts, culture and street art. What makes is truly special is that it is totally surrounded but a globally unique parkland loop that is 12 times bigger than central park in New York.

Why #1 for me? I live a stones throw from the amazing Central Market, walk my dog along the stunning River Torrens several times a week and simply love the scale, history and future it has.

It's well known that I walked over 2,000km door knocking the city and North Adelaide campaigning for councillor and then Lord Mayor. That was the beginning of a passionate love affair with the city, its people, its past and future. As a younger man I always wanted to leave, but having explored the world I can honestly not think of any other place I would rather live and raise my children. Its magic!

Listing only 5 cities is like having 10 children and being asked which one is your favourite! Here’s a quick list of some cities that have also taken my breath away…

Vancouver is a must-see city. Surrounded by water and mountains, it is liveable, walkable, attractive and interesting.

Amsterdam is the greatest story of urban transformation last century. A city overrun by cars, its residents made the conscious decision to evolve and now its streets, canals and bike are simply intoxicating…and that’s without visiting a local café!

Oslo is the worlds most expensive city, but don’t let that stop you. The people are great, the streets and buildings a delight and the number of electric cars a real shock to the system! Aker Brygge is a must visit, its architectural diversity and unique outdoor areas are sincerely eye opening.

Stockholm is wonderful too. It’s old city a genuine fairy-tale whilst the new area of Hammarby, just south of the city, a new development that has simply nailed good urbanism. Great scale, walkable, and stunningly beautiful; you even have your rubbish sucked away in underground pipes – no more rubbish trucks.

Hong Kong is brilliant, but my heart lies across the water in Kowloon where old and new, east and west mix, mingle and rub against each other. The food is amazing, the markets great and the evening view of the Island light show a “must do” experience for young and old.

Don’t miss Copenhagen, it’s a fairy tale city with a contemporary twist full of exquisite design, smart stuff and way too many pretty girls on bikes!

Auckland, to me, is a delightful mix of Sydney, Melbourne and Adelaide. Grab the ferry and visit Devonport for a community vibe and stunning view of the city skyline.

Singapore has done a brilliant job and making a “city in a park”, rather than a “park in a city”. It’s a city that is green, smart, modern and easy to use. My favourite city in Asia, only just tipping out Taipei.

Both San Francisco and Austin are both places that say American cities should, and could, do better. Where innovation, science, tech and healthy lifestyles snub their nose at middle America.

If you have got this far, thanks! I’m always open to being whisked away on an adventure and would love you to buy me a ticket to places like Berlin, Shanghai, Istanbul, Casablanca, Barcelona, St Petersburg and Rio. I’ll get the cheapest flights possible if you’ll pay!

Please tweet and or/repost if you enjoyed this – it take a second but helps me out a lot! 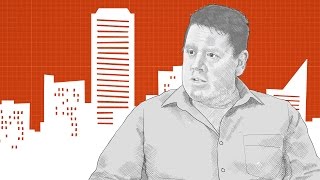 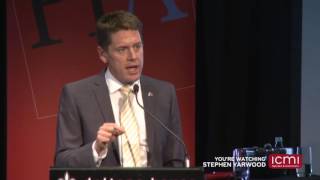 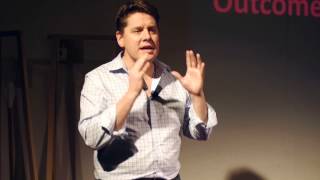 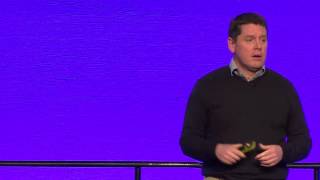